Air transportation basically involves the use of air crafts like aeroplanes, jets etc to convey people and goods from one location to the other. But these cannot be possible without a fully equipped and functional airport.

When you look around an airport, the most interesting part will definitely be the aeroplanes and the runways. According to the international civil aviation organization (ICAO), a runway is a land prepared for the take-off and landing of an aircraft.

Air transportation is not all fun without the usual scary part, of course. There are few airports in the world that will get your adrenaline pumping while squeezing your armrest.

Meanwhile, lets us go right into the list of the most dangerous airports in the world.

10 Most Dangerous Airports In The World

The top 10 Most Dangerous Airports In The World are below;

The most dangerous airport in the world is The Tenzing- Hillary airport in Nepal. Also known as Lukla airport.

Due to its altitude of about 9,500feet and bad Himalayan weather, this runway will definitely send cold shivers down your spine.

The lukla airport is the first scariest airports in the world others include:

What makes this airport one of the most dangerous airports in the world is the fact that the runway is only just over 7,500 feet, which puts it right on the limit for larger jets arriving.

This means that aircraft will have to use every single foot of the runway, this brings the aircraft very low while passing over the waters.

It is the second most dangerous airport on our list.

It is considered one of the most dangerous airports in the world because it requires the pilots to manoeuvre the capital’s best landmarks to avoid high-profile buildings including The Pentagon and The White House.

This serves for low and weaving turns close to the ground below.

The recently renamed Madeira Airport in Portugal. It suffers from extreme crosswinds at times because of its location in the Atlantic Ocean.

With the runway close to the ocean, this has led to further exposure from Atlantic winds, and videos of aircraft battling strong crosswinds can look terrifying, coupled with numerous clips of aborted landings due to the wind.

This is the most unique “airport” on this list, because aircraft land directly on the beach here, and when the tide is high the landing strip disappears completely underwater.

There are actually three runways here all marked by wooden posts along the beach, and when visibility is low, it has been known that car headlights provide additional lighting along the beach runway.

Quite scary isn’t it? That’s why it is part of the most dangerous airports in the world.

This airport is located in the southern part of Greenland and in the middle of countless Fjords.

The strong winds are the most threatening element to landing on the 6,000-foot runway. And don’t even think about visiting here if the neighbouring volcano erupts with blinding ash.

This slope makes it difficult to manoeuvre, and only certified pilots are allowed. There is no second chance of landing here because of the runway position, and pilots must make it perfectly the first time.

And to make matters worse, this airport offers no lights or instrument aid so in bad weather landing is impossible.

Sao  Paulo’s Congonhas airport is well known to pilots for its short runway and dangerous approach.

It is located in a heavily built-up part of the huge city and gives you the impression that you are scraping the tops of high-rise buildings as you land.

The runways are also considered the most slippery in the world and have resulted in many fatal crashes. Not interested, please!!!

Due to its location next to the mountains, as well as the narrow size of the runway, the landing is very complicated.

Pilots are forced to make a dramatic sharp turn and land near the valley, and the experience is often compared to landing on an aircraft carrier.  Scary!!!

The landing at Tioman Island has pilots heading straight for a mountain and then making a quick 90-degree turn to line up with the runway.

The one-way landing has to be quick since the end of the runway has a cliff with a very steep fall into the waters below.

All I can say is, get it wrong at the first trial and that’s the end!!!

Last on this list of most dangerous airports in the world is Ice Runway. It is built on the bare volcanic rock of Hut Point Peninsula on Ross Island with a runway that is made completely of “white ice”, (four inches of compacted snow.)

This military base is the only main airport on the continent, and during the winter the area is dark 24 hours a day.

With no lights on the runway and during a whiteout, pilots are trained to land blind.

In conclusion, the above airports are usually visited by adrenaline junkies and daredevils. They are the most dangerous airports in the world.

It is a life-changing experience and excitement, but hell no!!

Also check the services of Uber and Bolt: Which do you prefer as a rider or driver between both platforms. 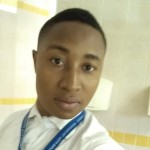 Elijah John Ebuka is an education adviser, graduated from Federal University of Technology Minna, where he obtained a B.Tech in Estate Management and Valuation. He is a lover of education and is keen to help students win and succeed in various international scholarships. Elijah John Ebuka hails from Okigwe Local Government Area of Imo State, Nigeria. You can reach him through his social media page which is found on the About Us page of this website for more details.

How to Choose A Realtor to Buy or Sell My House

How to Apply for Arthritis Grant Application 2022 -23