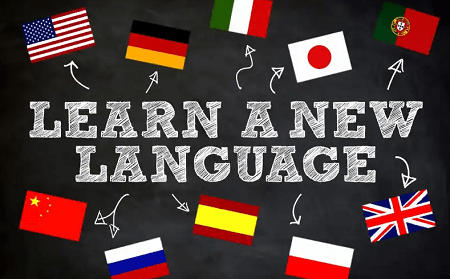 For More Information from the Web, kindly use the Google Search Button below

Learn A New Language: When starting to learn a new language, there are many questions that need to be asked. And need to be thought through and provide an answer to.

Those questions will help you know why you want to undergo the process of learning a new language. Learning may seem like a daunting task to do. But your determination and commitment to learning make it easier and faster.

Some languages are hard to learn than others. Multi-language acquisitions are growing rapidly all over global despite the difficulties. Bilingualism is becoming such a highly-desired resume addition.

Table of Contents
1 What is the best foreign language to learn?
1.1 1. Spanish
1.2 2. Chinese
1.3 3. You can learn French
1.4 4. Germany
1.5 5. Learn English
2 The best way to learn a new language fast and be good at it
2.1 1. Make friends with people that speak the language you want to learn.
2.2 2. Watch Tv shows/films.
2.3 3. Self-taught.
2.4 4. Break it down
2.5 5. Visit the country
3 Learn a New Language: How to know you are fluent in a new language
3.1 People don’t correct you again
3.2 You can eavesdrop on conversations
3.3 Your world of humor has opened up.
3.4 Have you been listening/reading without a record?
3.5 Aware of your mistakes.
4 what is the benefit of learning a new language?
4.1 It boosts your brain
4.2 Enhance your memory
4.3 It improves your multitasking skills.
4.4 It sharpens your mind
4.5 It improves your decision-making.
4.6 It improves other areas of your academic performance.
4.7 Enlarge your network skills
5 Conclusion
6 References
6.1 Share This Post: Thanks for your time
6.2 Like this:

What is the best foreign language to learn?

Spanish is one of the best languages to learn and it is a second choice language for the people in the United States, 15 percentage of the European Union take Spanish as their first choice of language. It’s the mother tongue of 400 million natives. It is the official language of 20 different countries and has a higher ranking than English.

There are so many materials online, you can use to learn Spanish. You can choose to download apps, free app. They are attractive and fun to use, and some have an offline mode, you can use it with no internet. Most of the apps will enable you to learn Spanish words and review the ones you learned.

This is considered one of the most difficult languages to learn. It is valuable you choose a good program that will allow lots of home practice. The Chinese Business world and the Chinese diaspora worldwide have increased the importance of learning Chinese.

Chinese is the most widely spoken language in the world. It is spoken by 1.2 billion people. It also consists of many dialects that make it a daunting task. The uses the same writing system, which made it a little easier to communicate with another dialect.

You can learn Mandarin dialect, the official State language of China. Mandarin is a common option if you are looking forward to learning Chinese, you can communicate with millions of people including those in a growing economy and China’s vast. Learning this can open new opportunities and an excellent number of businesses.

3. You can learn French

French is one of the most popular languages to learn. It is a Romance language, Do you want to be a polyglot. Understanding French can open a dream world. It might make learning another Romance language easier.

French is the official language of 29 countries like Switzerland, Tunisia, and Senegal. Learning this language can make you feel at ease when visiting.

English speakers can find this language very little bit familiar than others, it is part of the same family language. It is also used in other countries like Austria and Switzerland. Do you enjoy rigid grammar rules, Germany is the best choice.

Germany has a history of scientific and academic literature that makes it a good language to learn if it is among your choice of language to learn. It was considered as language science before it was replaced after world war 1 by the English.

English is the most popular language in the whole universe. And have 1.4 billion native speakers and non-native speakers over the globe. Most of the countries speak English, if you travel to a new country where you can’t speak their native language, you can actually get along with English.

Learning this language can’t be a huge problem. There are countless movies, Tv shows, books, and music that can help practice or memorize your English language.

1. Make friends with people that speak the language you want to learn.

Making new friends can make a great effect on your language learning. Friends are the easiest way of learning new intonation and slang. You can engage in conversation with friends, in the bar, restaurant, and walk out. Then you can gradually build up your new language learning.

You will feel free to learn a language along with friends who already know how to speak the new language without being self-conscious.

Watching TV shows and movies can help improve your new language learning. It’s also another best way to learn a language, you can know about their culture, also keep the list of new vocabulary words you heard and what you think they mean. After you can go through it.

This requires your commitment and dedication. It still remains one of the best ways to learn a language. Make a research of the new language you are interested in and what process to take to get a definite result.

Practice every day and sometimes, you take a little time and write a sentence you would like to know in the new language. Try to construct a sentence every day with each word you know. You can give your language instructor to double-check it. This will help to improve your learning.

Learn a New Language: How to know you are fluent in a new language

Does it seem like a daunting task, everything was so bewildering that a simple conversation was odd? Did your stumbled reply give you away as a beginner and everyone observes it and slows down their speech for you to keep up? If this doesn’t happen again is a big indication.

You can eavesdrop on conversations

It is when you don’t need a sign, gesture, facial expression to understand the meaning. Before common conversation made by friends you over like fog. But now you can choose to listen to the interesting life details of others. It shows that you are good.

Your world of humor has opened up.

This will be a big moment in your life as a language learner. You understand the TV shows, comedy movies, and music with ask for interpretation, you should be proud of yourself. You have crossed the line.

Have you been listening/reading without a record?

Now you can read books, listen to any, comedy and music without realizing what language it is. Well, this is good evidence to prove that you can actually flip from your mother’s tongue to a new one.

Aware of your mistakes.

A fluent speaker make mistake but the difference is the ability to detect them. Now that you’re fluent, you find that you self-correct more, at the moment! Again, feel proud.

what is the benefit of learning a new language?

It boosts your brain

It improves your understanding level, more learning skills. The brain has been developed by cognitive think and problem-solving. Is a huge plus to have well-developed critical thinking both professional and personal. To learn a new language means your brain has to deal with the complication as it makes sense of and engrosses a new pattern.

What’s the number of times you’ve heard that phrase? It’s either you use it or you lose it. It’s a simple fact that the more you engage your brain, the better its functions. Learning a new language needs not just a thorough understanding of vocabulary and norms, also the ability to recall and apply that knowledge.

Learning a language is like going to the brain gym for your memory. This means that multilingual people have more active brains and are better at remembering names, directions, facts, and figures.

It improves your multitasking skills.

For those who aren’t used to it or don’t do it very well, multitasking can be quite difficult. People who are bilingual and competent at slipping from one linguistic system to another are practiced at this incredibly taxing activity for the brain, according to a study from Pennsylvania State University.

People who have mastered the ability to think in multiple languages and switch between them are better multi-taskers and have lower stress levels.

It sharpens your mind

It was noted that multilingual people are better at observing their environment, Anything that is irrelevant or dishonest is easily detected by them. They’re also more adept at recognizing false information.

The study compared multilingual and monolingual people, and the former had a significant advantage. Is it amazing that fictional detectives like Sherlock Holmes are skilled linguists?

It improves your decision-making.

It was noted by the University of Chicago, multilingual people have the ability to make decisions easier. Aside from the norms and vocabulary that come with studying a new language, subtleties and regional phrases are regularly judged for appropriateness and hidden meanings by a student of language.

Practice, practice, the practice has made multilingual more confident in their decision-making abilities.

It improves other areas of your academic performance.

Studies prove that multilingual students do better on standardized exams in math, reading comprehension, and vocabulary than monolingual students as a result of their higher cognitive ability.

Parents and teachers know better than to question their children why they must learn this language. Language skills improve your ability to perform well in problem-solving tasks in general, as evidenced by the fact that learning new language acquisition is required in schools.

When you open yourself up to a culture, you become more adaptable and appreciative of other people’s ideas and actions. As a result, being bilingual allows you to perceive the world from a variety of perspectives, improving your capacity to communicate in today’s internationally connected world. However, you can also learn a programing language from the best 5 online schools in the world.

This article will show you the best way to learn a language fast. Like we said earlier learning a new language aids in the development of higher cognitive skills such as mental flexibility, multitasking, listening skills, and problem-solving skills. Learn and grow. 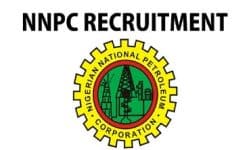 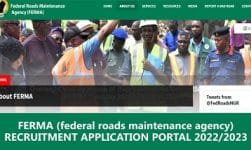 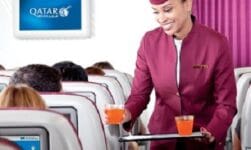 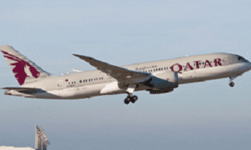 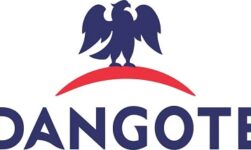 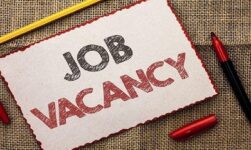